How do you bring new life to an old factory site? In 2008, housing association Domijn purchased the five-hectare Polaroid site on the edge of Enschede’s city center. Full demolition and new construction with apartments was intended, but investment opportunities were limited due to the financial crisis. Our team developed a strategy to improve the area in small steps and make it public. And this Performance Factory can continue to grow in the future, as it has historically.

The transformation of the area has not been a project with a clear start, a master plan and an end. Instead, an open process of continuous transformation, additions and changes shape the area and will continue to change the area in the future. Many different uses have already found a place and potential users are talking to the corporation. Participants include a boulder gym, a skating rink, trampolines, an art center, the National Travel Opera, but also a foodbank, a canteen, a workshop and offices.

After winning the Archiprix-initiated competition in 2012, we have been involved in the organic development of the site from 2013 until completion in the summer of 2018, without a fixed final image, following the analogy of “gardening”. In order to allow the area to grow organically, our proposal offers development principles for transformation of landscape, urban area and architecture. These principles guide developments when they present themselves. As clear frameworks, they have been leading for years. 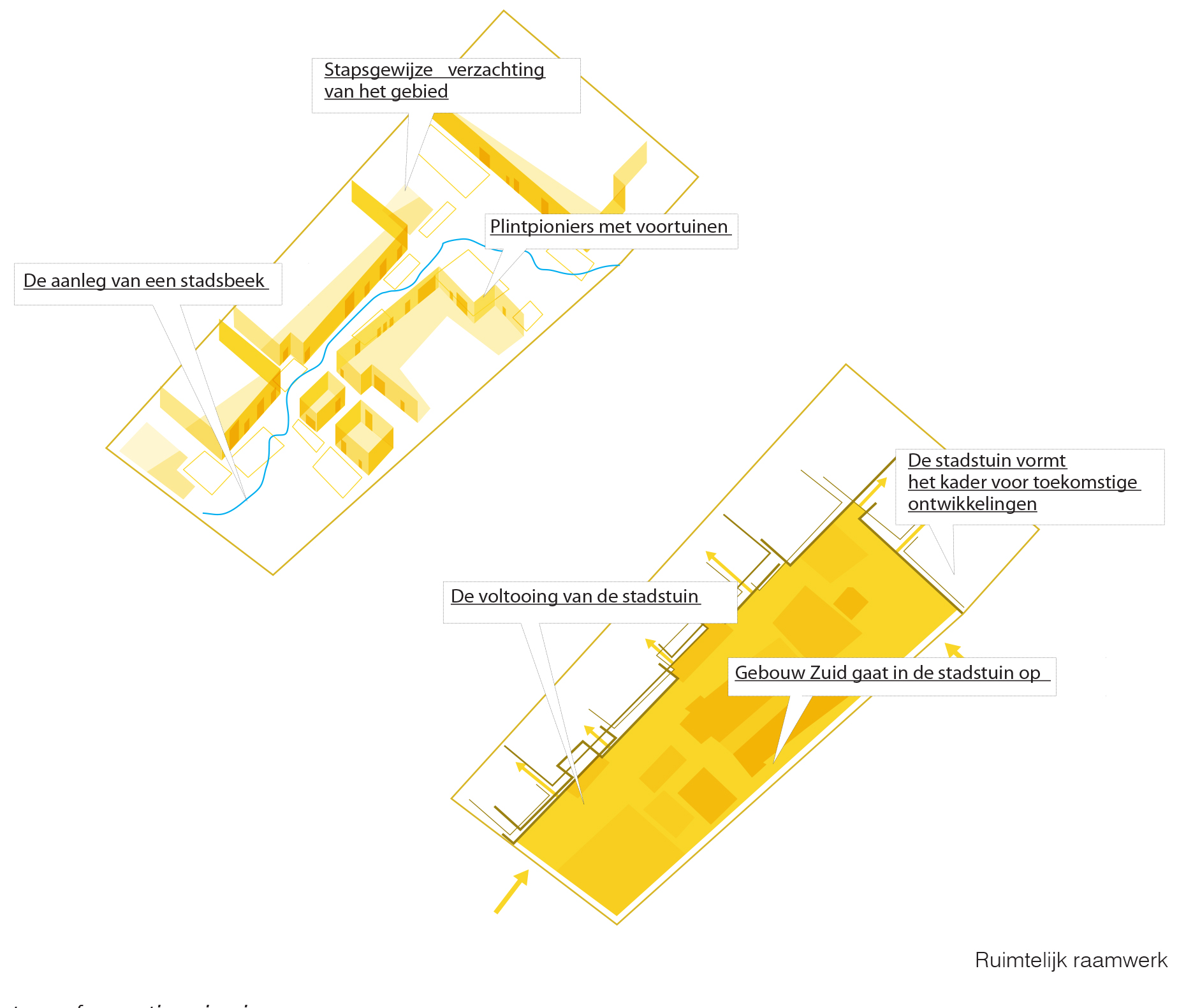 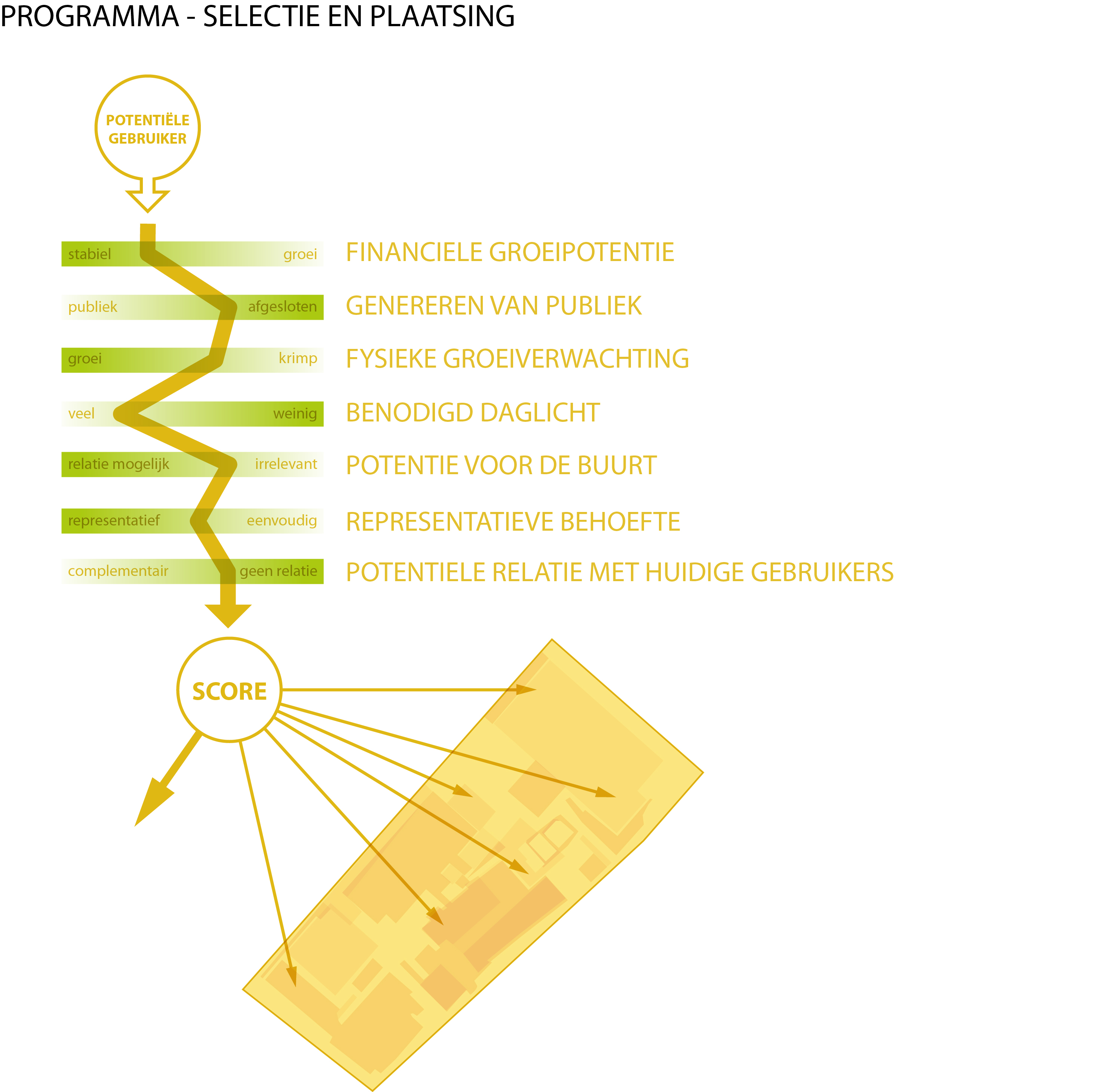 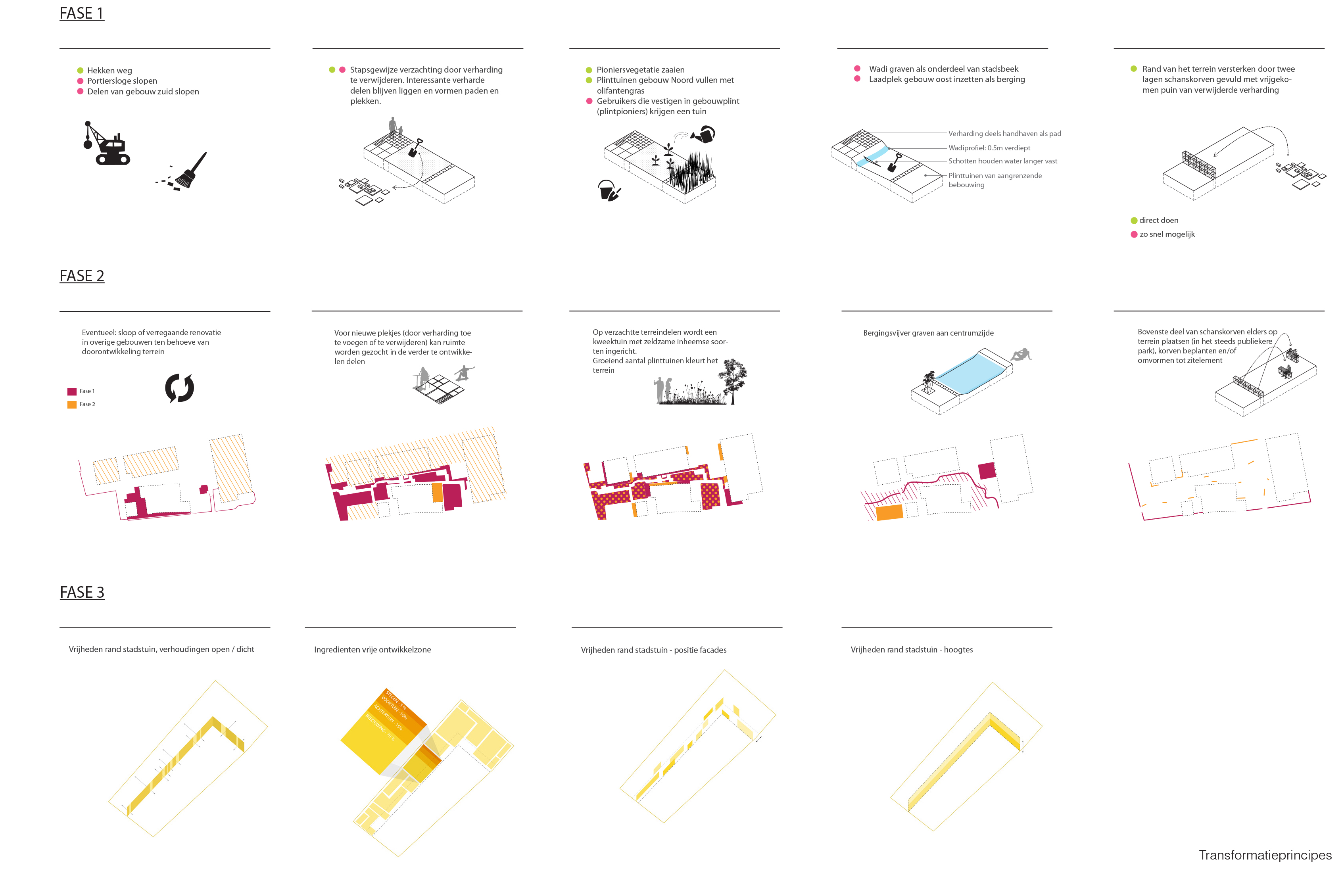 This transformation, like gardening in a cultural landscape, means that the existing site and the building must be analyzed almost clinically. Which elements are of value, which must be preserved, which restored, what can be built on and what must be removed? This analysis was carried out for both the buildings and the entire site.

In addition, we have devised a tool to link specific qualities of buildings to the needs of users. Do they prefer daylight? Do they need a display to the public space? What about size, insulation and sound? And how much do they want to pay for the space and necessary improvements? This makes it a lot easier to find the right location for their question. It also prevents mismatches that exclude other users in the future.

The designer finds a new and long-term involvement that goes beyond delivering a final image. The new process requires (landscape) architectural and urban development strategy and agility. The vision is realized through constant maintenance and transformation and through a mediating role of design in a field of participants and interests. Through continuous pruning, construction and, based on experience, improvement, new public value and quality are gradually and organically created.

The plan “Handbook for Cultivation” has completely convinced the jury with a sound and manageable strategy for the organic development of the area. The metaphor of gardening has been convincingly translated into instruments for developing and managing both the landscape, the building blocks and architecture.

from the jury report

Between 2012 and 2016, the map of the site has been gradually filled in. The wishes of users have been included, and new initiatives have been given a place. 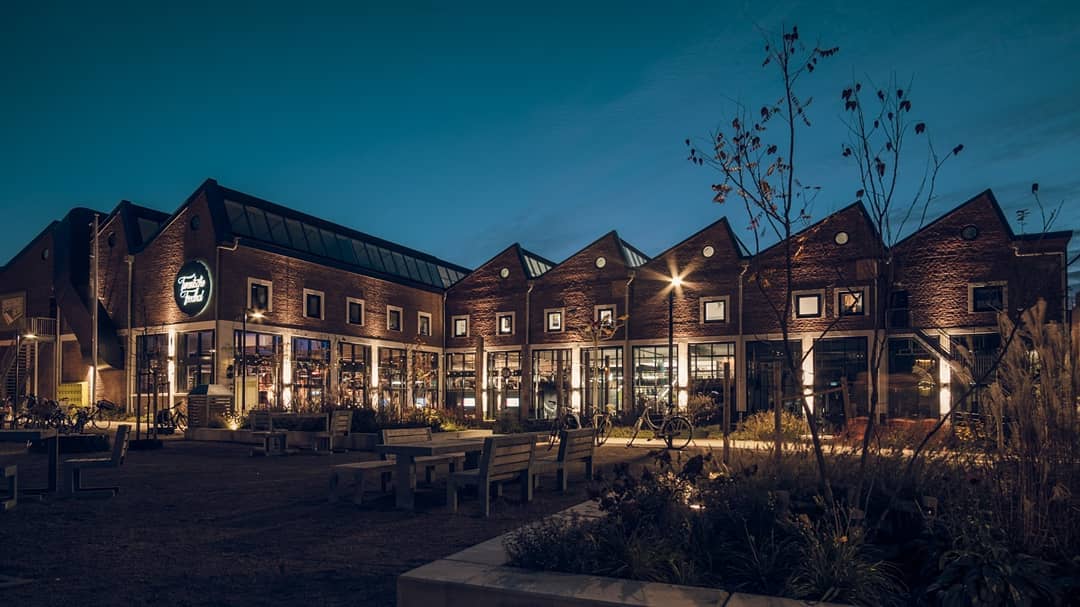 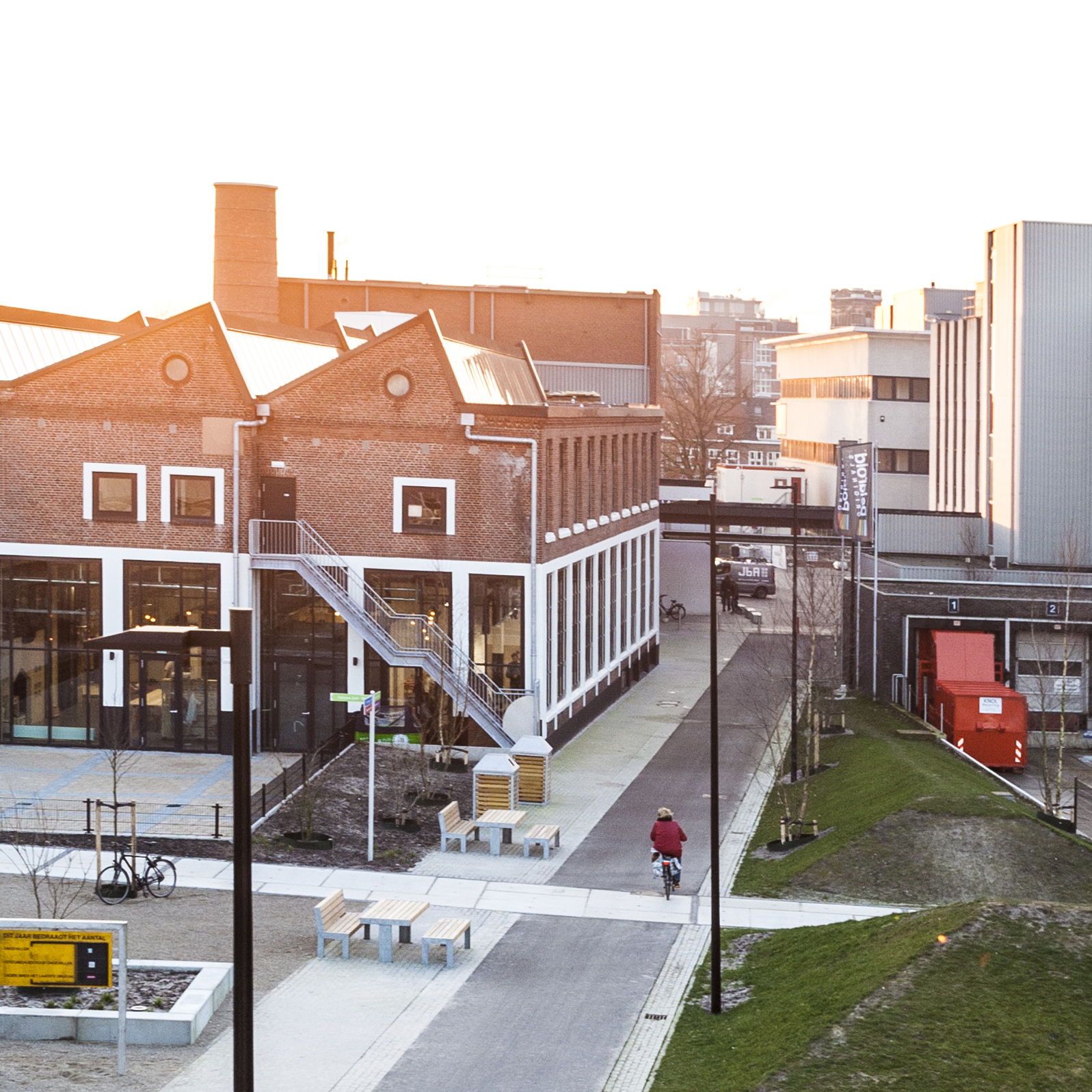 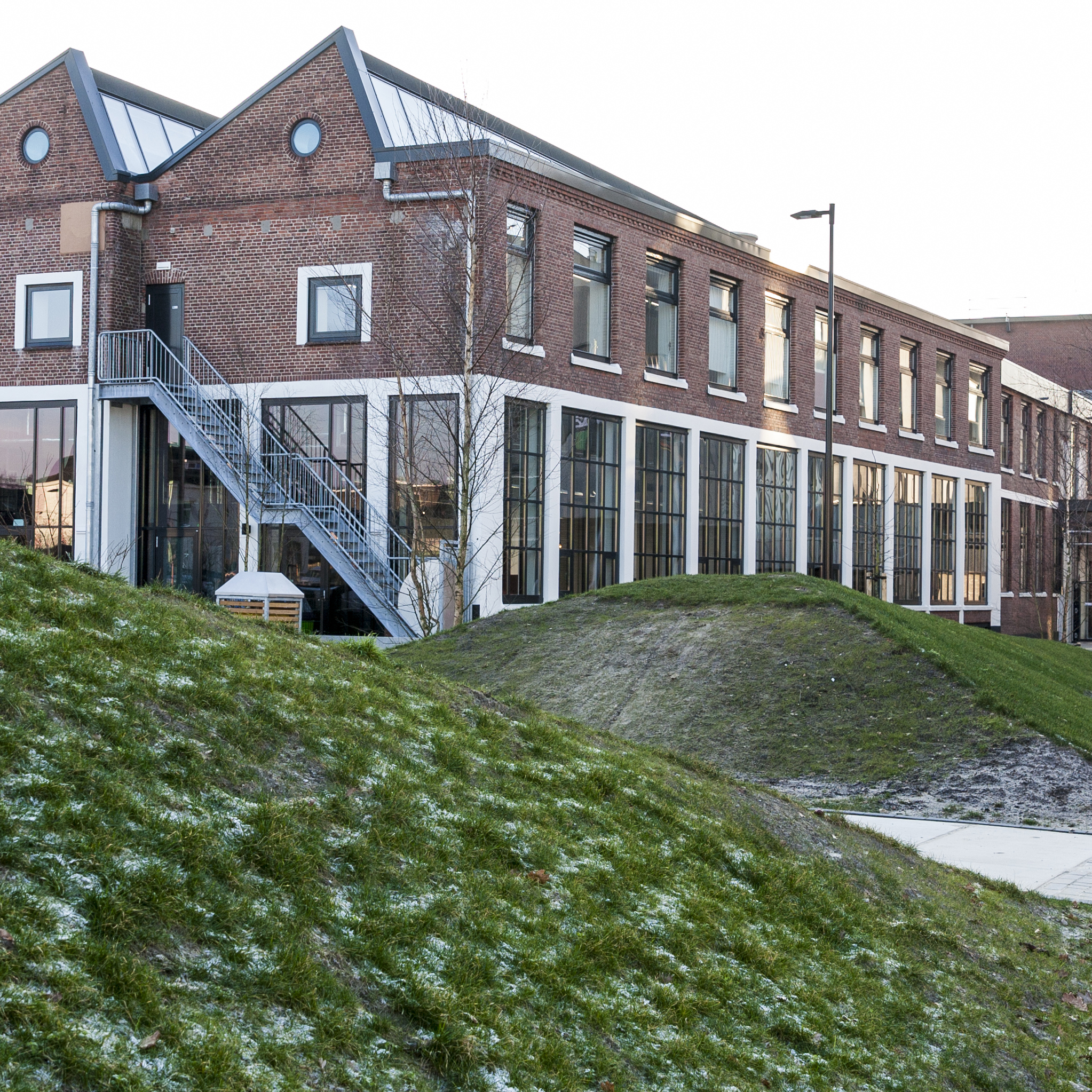 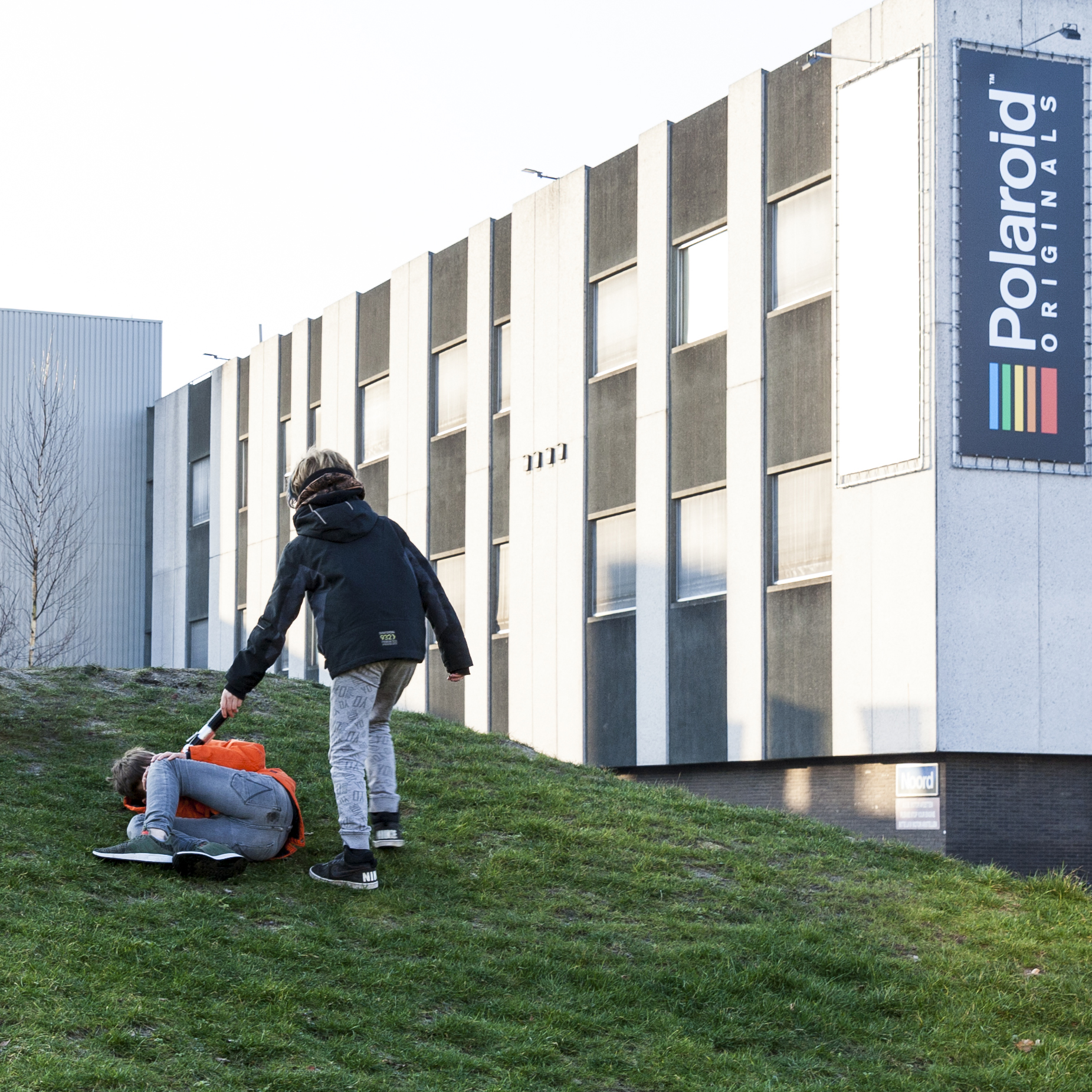 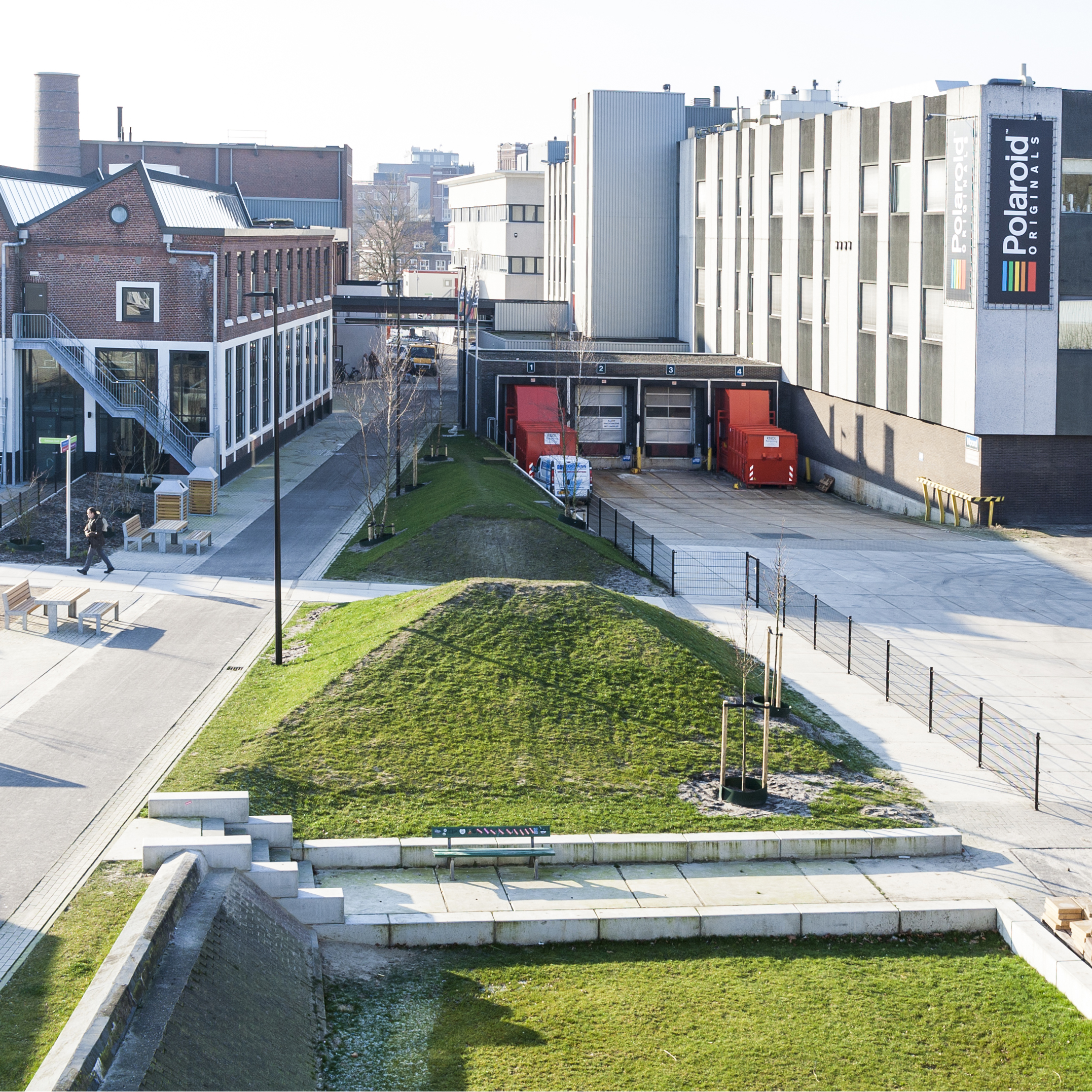 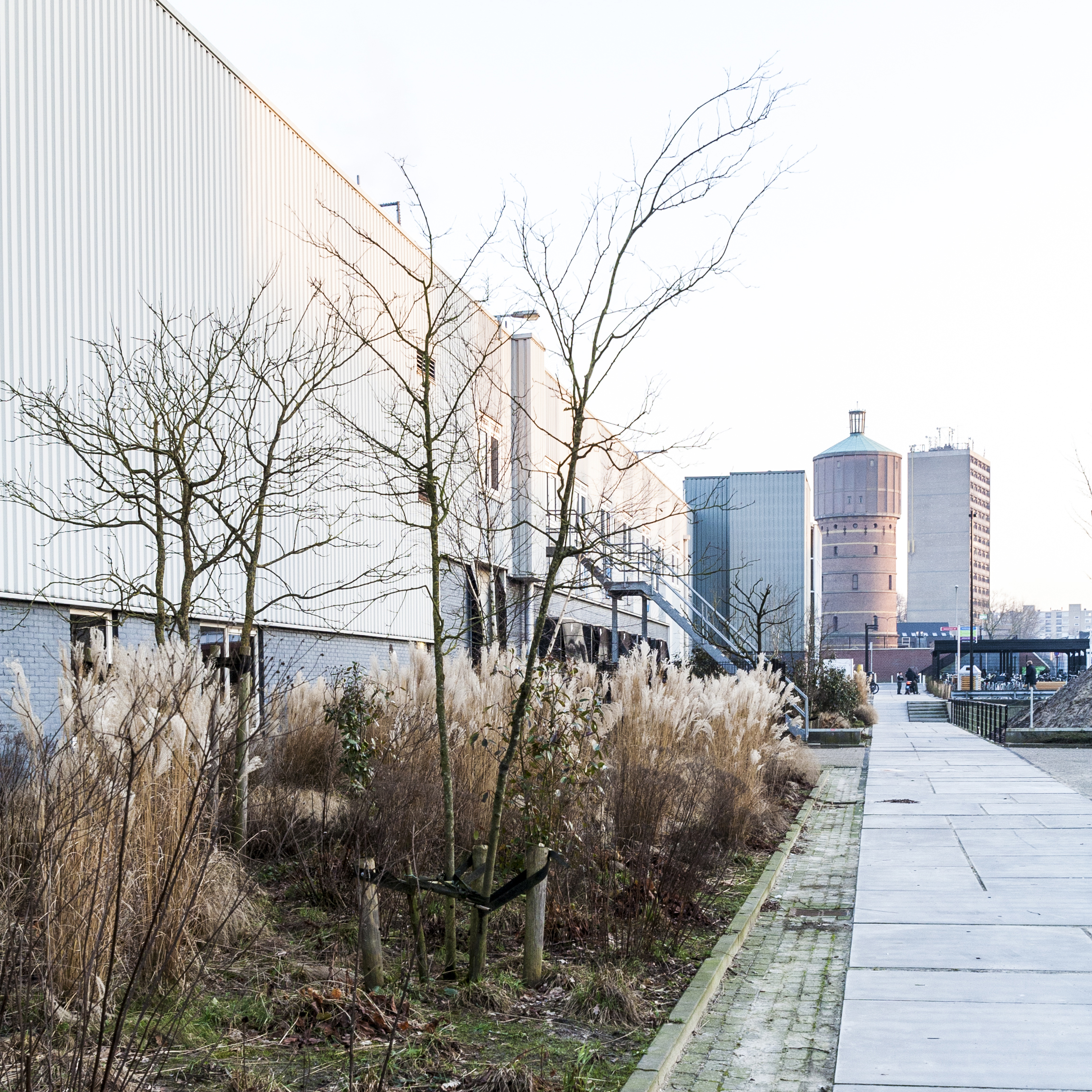 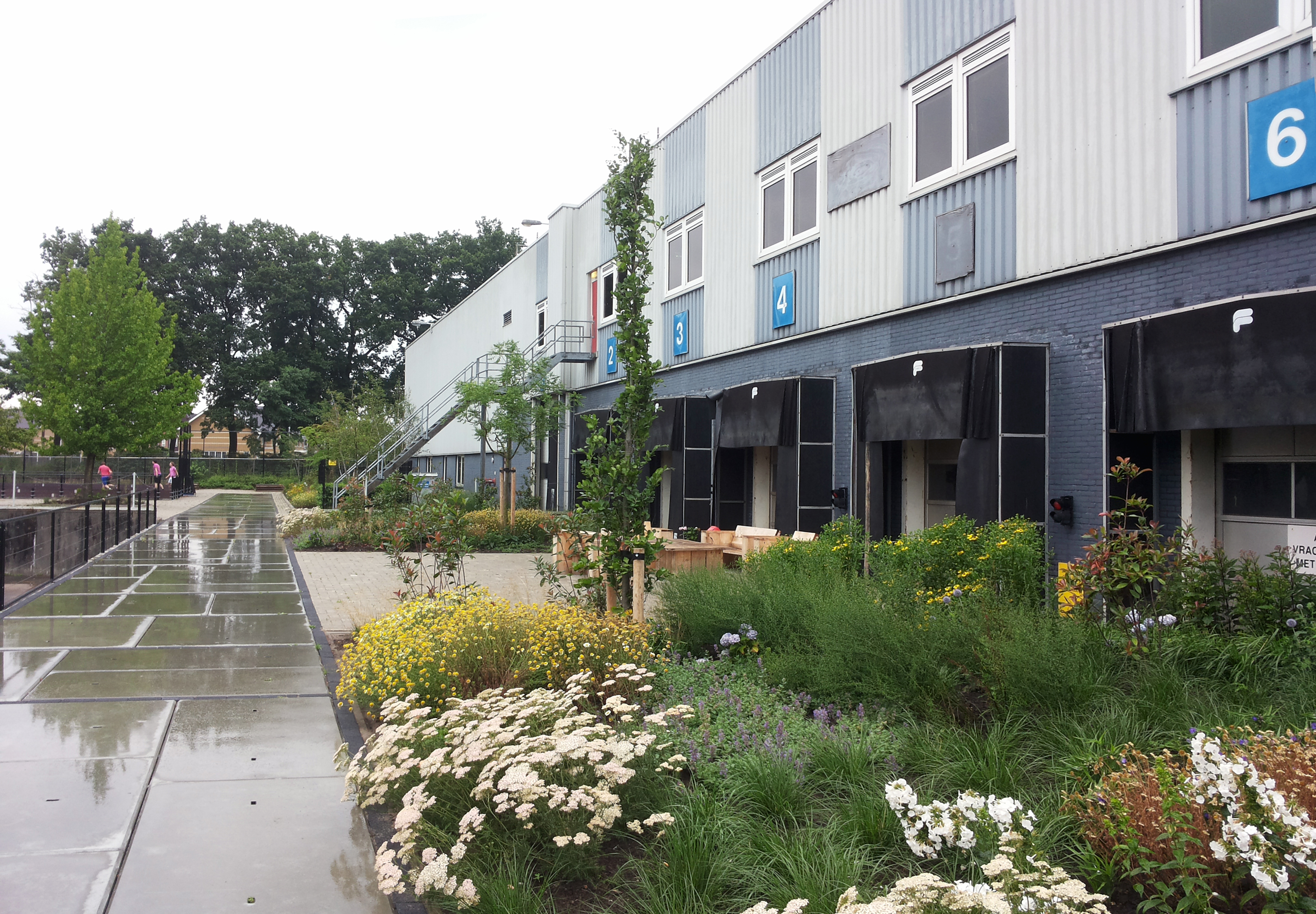 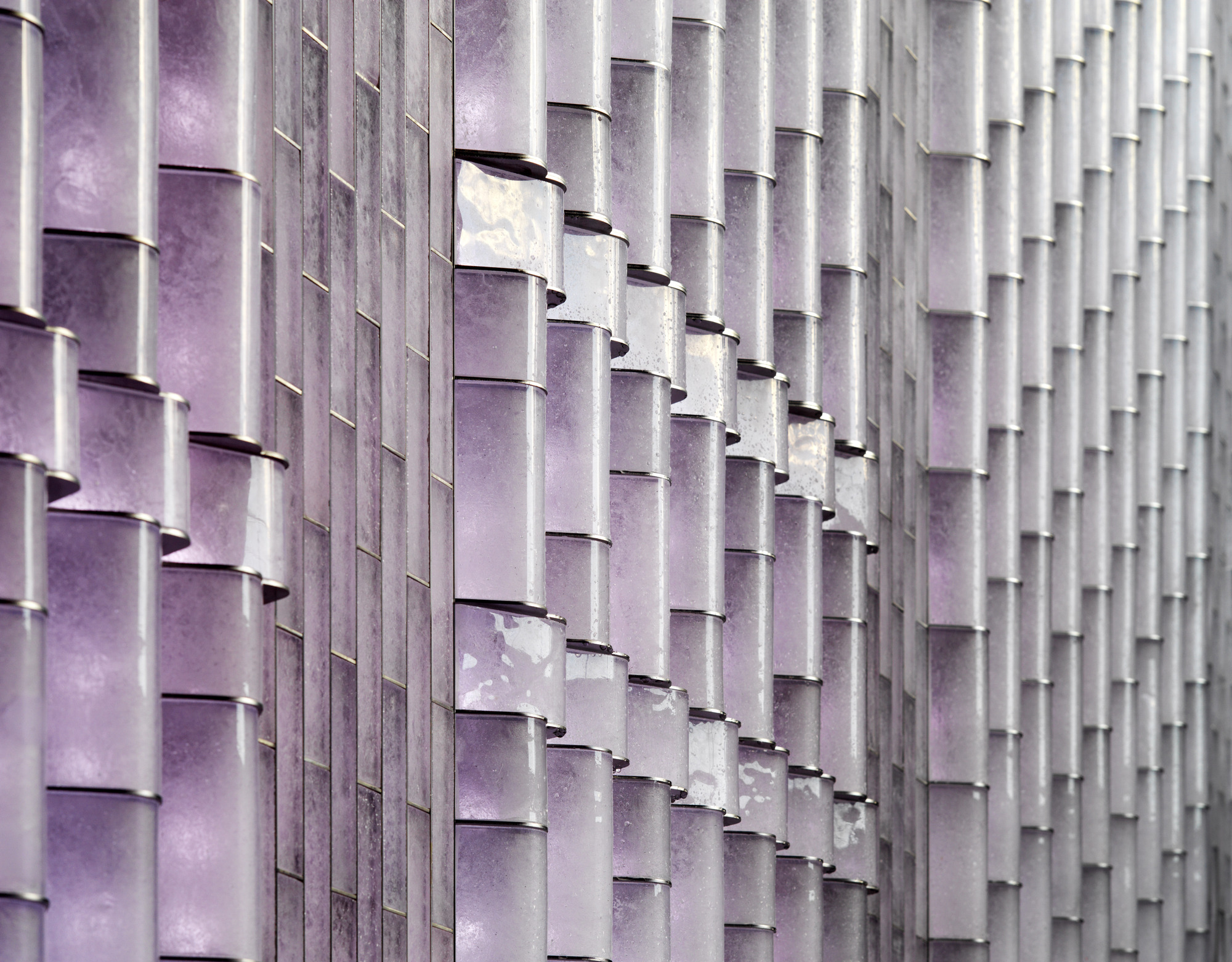 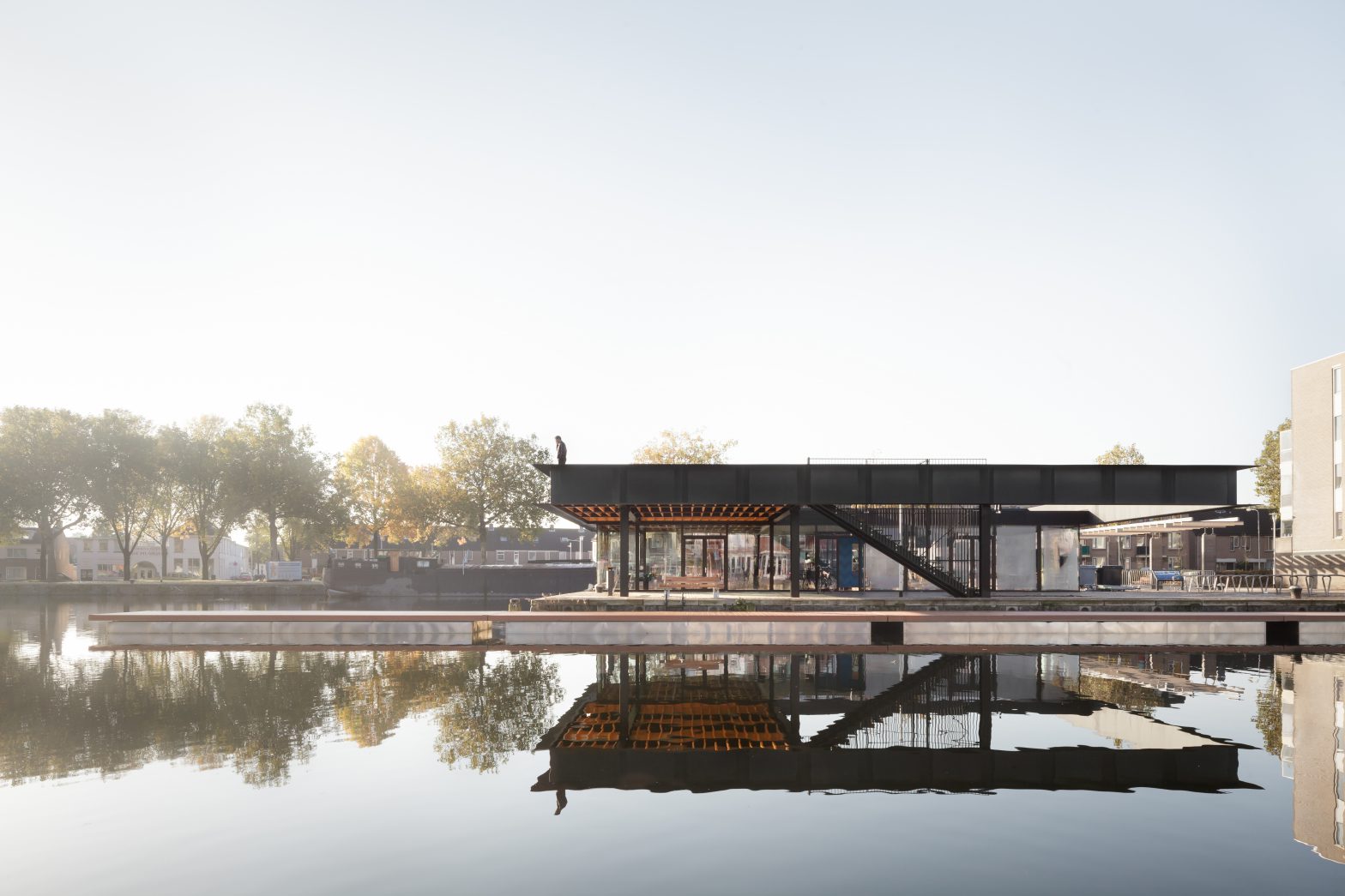